With operations in a more rural part of Oregon, Pendleton Sanitary Service Inc. is like a recycling hub in the northeastern part of the state. The business has been in operation since 1981. It provides services to about 30,000 people in the city of Pendleton and the outlying Umatilla County. It also partners with recycling and waste collection companies in neighboring towns to accept recyclable materials.

Michael McHenry, president of Pendleton Sanitary Service Inc., says the company first decided to use an American Baler machine in 2000 after seeing an installation performed in the Seattle area.

“I had a cousin who was working in the industry in the Seattle area who was putting a new baler in,” McHenry says. “He asked for my help with the installation, and they were installing an American Baler open-end extrusion baler at the time. I had not seen one before that. I saw what it did, how well it worked. That’s what got me hooked—that’s how we ended up buying the first one.”

However, in the early 2000s, Pendleton Sanitary Service’s material stream began to shift. The company gained a large RV manufacturer customer and as a result the company noticed an increase in nonferrous metals it was handling.

“The other machine made a bale and ejected it out the end with a tying system that was made to tie paper, but this machine ejects the bale at 90 degrees and ties in a completely different manner,” he says.

While the company’s first American Baler machine worked best with baling paper grades, McHenry says the 5020XP-150 has been a great machine for handling a variety of commodities, including nonferrous metals, paper and plastics. “This is a really good multimaterial machine,” McHenry says.

Adding a baler that could handle multimaterials has helped operations to run much more efficiently, he adds.

In the past decade, McHenry says the multimaterial baler from American Baler has held up very well. He reports that it has not experienced any major electrical, mechanical or hydraulic failures. He adds that his company is very strict on keeping up with equipment maintenance, so the machine hasn’t had any major jams.

And for the past two decades that Pendleton Sanitary Service has used American Baler machines, McHenry says he has been able to easily connect with that company on any maintenance-related needs.

“If we have any questions or issues, [American Baler] is on the phone immediately with us and they will send us parts overnight,” McHenry says. “They know that downtime for us is a big issue. They are fantastic as far as response.

“Their support is great, and their machines are well put together,” he adds. “They build a quality machine. If we ever replace the [baler] we’ve got now, I wouldn’t go with any other brand.”

Schmalz Inc. will showcase its portfolio of innovative vacuum handling solutions at the composites and advanced material Expo CAMX 2017 in Orlando, Florida. One of the ...
Read More →
Leaders in Material Handling 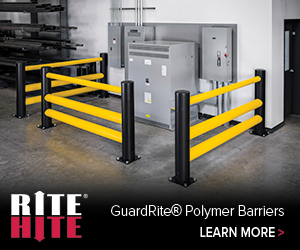 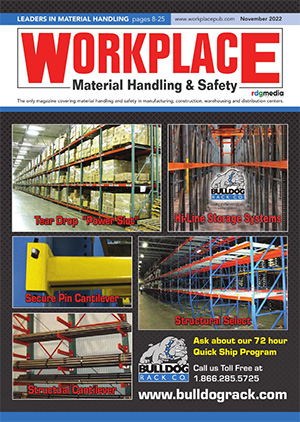 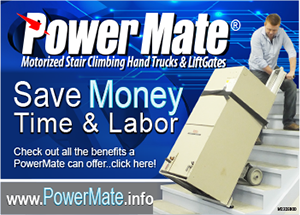