How Does Technology Improve the Fall Protection System?

The growth and development of urban cities made way to the construction of many high-rise buildings. This demand for hi-rise buildings also opened job opportunities for many construction workers. But working in the field of construction is not easy as it is one of the most dangerous jobs that can cost people their lives if they aren’t careful.

According to a study, the construction industry makes up 22.2% of work-related deaths in the United States, as well as 71% of nonfatal injuries more than any other industry.

Among the construction jobs that are deemed as the most dangerous is roofing. Roofing is the process of covering a building with a roof. What makes this job dangerous is that the workers need to be at the top of the building, a high place, which is a risk hazard. If not careful, they might fall off, and, depending on the height of where they would fall from, could be fatal.

According to OSHA (Occupational Safety and Health Administration), falling is one of the Fatal Four of construction, making up 33.5% of construction-related deaths. This is where the Fall Protection System comes in necessary.

WHAT IS THE FALL PROTECTION SYSTEM?

Fall protection is the use of equipment to prevent someone from falling or at least sustain the least injury possible when a fall occurs. This is usually geared towards the employees in construction companies, especially roofers. Fall Protection System is the set of equipment used to prevent falls from high places.

THE HISTORY OF THE FALL PROTECTION SYSTEM

In the past, construction companies barely took responsibility when an employee died, and that fall protection used to be very inconsistent. Workers had worn little to no protection at all, and the only means of prevention from accidents were cautionary signs. If you could look at pictures of these construction employees in the early 20th century, you could see these men sitting on these l-beams by the roof of the building, smiling, with barely any kind of protective equipment seen on them.

A few decades later, construction companies started utilizing equipment to help prevent fall accidents from happening in their workplace. Workers began to use these safety body belts worn on the waist with two lanyards that are tied to help somewhere prevent a fall or at least suspend it. However, the use of these belts can prove dangerous to the workers. Workers may slip off of it or can have pressure or asphyxiation problems from being suspended for too long in the belts.

Seeing that there were still problems with said equipment, the government signed into law in 1970 the Occupational Safety and Health Act, which ensured the safety of employees in the workplace, especially those of the construction company. At this point, companies had to become serious about potential dangerous accidents in the construction sites. Manufacturing companies produced and tested better equipment they could use to help protect their workers, of course, under the watchful eye of the OSHA, to ensure that they are of good quality and that it is safe enough for anyone to use.

Soon enough, there were new equipment being developed and eventually utilized at construction work. One of the most notable ones is the full-body harness, which proves to be more efficient than belts as it helps protect from falls while preventing any injury or pressure from suspension.

Presently, fall protection systems do not just involve equipment that workers could wear. It also includes barriers and railing systems placed on the edges or any hazardous places where falls could occur, such as building rooftops.

There are several types of equipment for fall protection that are utilized for different purposes. These are body belts, harnesses, lanyards, rails, horizontal lifeline systems, and nets.

Body belts are equipment put on workers’ waists to restrain them and to avoid falls. Most of these variants are only used for a particular position, so this is not for workers who need to move around. There is also a piece of equipment called suspension belts, which helps the workers with their work while suspended in mid-air.

Harnesses provide support to certain parts of the body to prevent or lessen the pressure a person can get while in suspension. Chest harnesses are used in areas with fewer fall hazards, while a full-body harness is used in riskier places and is standard equipment among construction workers nowadays. It helps in arresting falls if one were to take place.

Lanyards refer to flexible ropes or straps used to connect the body to an anchorage point, which will serve as a lifeline just in case a fall occurs. This type of equipment is best recommended to be used with shock absorbers. This is used to absorb the kinetic energy from suspension and convert it to thermal energy, dissipating in the air. In other words, it helps relieve pressure from being suspended in mid-air.

Rails are a versatile fall protection equipment. This is used in construction as a safety barrier placed in the edges of high-risk areas to prevent workers from falling off of said edges. At the same time, it is also used as a barrier for places such as flat rooftops to ensure the safety of people who do certain activities in the area. It is safety equipment and, at the same time, gives rooftops a balcony-like view.

One of the most in-demand rails is non-penetrating mobile roof safety rails. This type of safety rails can be used by construction workers and home and building owners alike. It does not need to be penetrated to the roof or walls to be installed, and it is easily moveable. An excellent example of this model is the AccuFit Flat Roof Railing System. This roof rail equipment is easy to install as it is non-penetrating, placed on heavy cast iron bases. It saves time for workers and building owners alike.

What makes it a right safety rail is that it meets the OSHA criteria and standards, which is a good sign that the product is safe and durable and could last for years. It is best used by roofers who are on-the-go and building owners who need barricades to their flat rooftop. This safety rail also comes in different colors and types, which is customizable.

Horizontal lifeline systems refer to a line, either beams or cables, that are placed horizontally with support in a particular place, which serves as an anchor point for workers. This is the other side of which workers attach their lanyards to prevent falls and, at the same time, available mobility. These are commonly placed on high hazard risk areas such as rooftops, stadiums, and bridges.

Safety nets, as they are called, are used for sites with no temporary scaffolds. These are placed as a landing for unprecedented falls, and precisely when the building is higher than 25 feet.

IMPROVEMENTS TO THE FALL PRTECTION SYSTEM

The main driving force behind why we have different kinds of equipment for fall protection systems is the constant demand to keep construction workers safe. Construction work is one of the riskiest jobs which can cause a fatal injury or even death, but while it is normal for some construction workers to get injured on site, it should not be taken lightly.

According to the National Safety Council, construction companies can save tens of thousands of dollars for every injury that could have been avoided.

Fall Protection Systems save lives, saves up some money, and helps speed up the work process. These are the main factors in producing quality safety equipment. It all comes down to the technology being used to have this equipment that we have now, and make it stronger, safer, and accessible.

As construction work is one of the most challenging jobs one can have due to its risky nature, we must always find ways to help protect our construction workers while helping them work efficiently. With the abundant technological resources that we have, we should keep improving what we have to strive for the least casualties possible.

Richard Perkins is an experienced writer and a speaker on construction and buildings. He lives with his family and three dogs in his custom made hi-rise apartment.

As the pandemic continues to impact the economy and mental health of many workers, construction experiences the second highest rate of suicide among major industries. A new survey ...
Read More →
Leaders in Material Handling 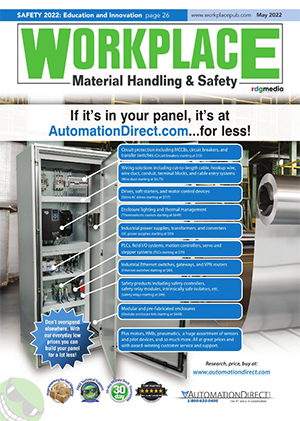 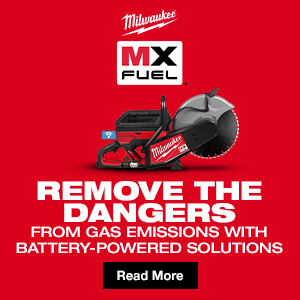 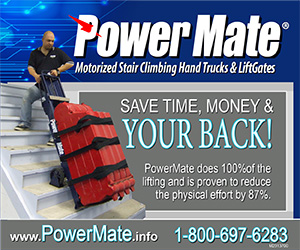