The Small But Mighty Pallet Jack

It’s no secret that automation is transforming operations in warehouses, distribution centers, factories and other facilities where large quantities of good are moved from one location to another. Amid all of the complex new systems being rapidly rolled out and adopted, though, is a relatively simple piece of equipment that many companies find indispensable: the pallet jack.

Despite its humble status as the most basic form of a forklift, the pallet jack has somehow been able to accumulate many names – or nicknames, if you will. It is also known as a hand forklift, pallet pump, pallet truck, pump truck, scooter, dog or jigger. Exactly how the hand forklift came to have so many monikers is a mystery, at least to Google. What is known is that a crude pallet jack that allowed a user to elevate a skid manually was invented in 18871. It evolved into a labor-saving device glowingly described in a 1918 issue of Popular Science magazine as having “ingenious features,” – one “that helps women tackle men’s jobs” in factories, because it could be unloaded by simply pressing a lever2. These days, a hand-pumped hydraulic jack does the work.

Why bother with pallet jack for lifting, lowering and moving pallets when there are more sophisticated versions of forklifts available?

The parts of a typical pallet jack

Electric or powered pallet jacks are – as their name suggests – motorized, which allows them to move very heavy pallets or stacks of pallets. Electric pallet jacks have large, lead-acid batteries which must be charged regularly, a process that can take anywhere from four to 16 hours. They are steered by a throttle on the handle. Some models have a platform for the user to stand on and systems for stopping the vehicle quickly.

Rough terrain or all terrain pallet jacks have heavy-duty frames and pneumatic tires, so that they can roll easily over uneven surfaces and withstand harsh conditions. They are used extensively at construction sites, lumber yards and other outdoor operations.

While they may not present the obvious hazards that larger, more complex pieces of machinery may have, pallet jacks are nonetheless capable of causing injuries to users. In an incident3 in Washington state, a worker’s ankle was crushed when he was struck by a pallet jack operated by a co-worker.

Following some basic guidelines will go a long way ensuring that both pallet jack users and others in their vicinity are safe:

Creform Corporation, a manufacturer of unique products for the design and building of material handling structures and automated guided vehicles has built an AGV and flow ...
Read More →

Piab’s Kenos® KVG series of vacuum grippers is extended to include the option of using suction cups instead of the technical foam pads offered as standard. ...
Read More →

With Ergodyne’s New Back Support, A Pioneering Vision Continues 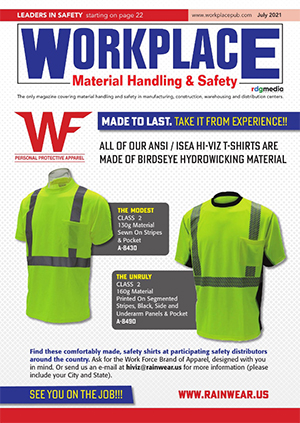 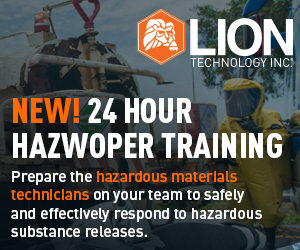 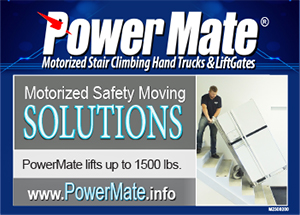