“Understanding the need to listen to our customers to make sure we make the right product recommendation for a task to be completed is one of Pyramex’s most important goals. The ANSI/ISEA 105 and EN388 standards help to identify the correct glove for the task and gives employers the confidence that their employees are protected. By investing time in product research and testing on the front end, Pyramex can guarantee these products meet the highest industry standards. To learn more about Pyramex, go to www.pyramex.com.”

Two global standards are used to evaluate the protection levels of work gloves: the ANSI/ISEA 105 (U.S.) and EN 388 (EU). EN 388 is also commonly cited in other parts of the world (i.e., Canada, AUS/NZ and South America).

A cut is usually considered to be a wound caused by a sharp object (knife or glass shard). A laceration implies a torn or jagged wound. Lacerations tend to be caused by sharp objects. Cuts and lacerations are terms often used interchangeably for the same condition or wound.

ANSI/ISEA 105-2016 & EN 388 are voluntary standards where manufacturers can choose the attributes they would like to make claims, perform testing and label classifications accordingly. The standards address the classification and testing of hand protection for specific performance properties related to chemical and industrial applications. Within these standards, hand protection includes gloves, mittens, partial gloves or other items covering the hand or a portion of the hand that are intended to provide protection against, or resistance to, a specific hazard. Performance ranges are provided for:

Gloves are classified to performance levels based upon their performance when evaluated against set industry test methods. The ratings can assist users in selecting appropriate hand protection for known specific hazards in the workplace. Performances are rated in Chemical and Mechanical Protection categories, as well as “Other” protections.

Permeation testing is done in accordance with ASTM Method F 739 standards. In this method, a specimen is cut from the glove and clamped into a test cell as a barrier membrane. The exterior side of the specimen is then exposed to a hazardous chemical. At timed intervals, the unexposed interior side of the test cell is checked for the presence of the permeated chemical and the extent to which it may have permeated the glove material.

The ANSI/ISEA 105-2016 standard is available for purchase at: https://webstore.ansi.org/Standards/ISEA/ANSIISEA1052016. WMHS

New cut-resistance standards from the American National Standards Institute (ANSI) and International Safety Equipment Associations (ISEA) became effective in March 2016. The standards include changes to the ratings scale and the standardization on a testing methodology. The European Standard for Protective Gloves-EN 388 was updated in November 2016, shortly after the American standard.

EN 388 is similar to ANSI/ISEA 105 and is used to evaluate mechanical risks for hand protection. Gloves with a EN 388 rating are third-party tested and rated for abrasion-, cut-, tear- and puncture-resistance. Cut resistance is rated 1-5, while all other physical performance factors are rated 1-4. Up until this update, the EN 388 standard used only the Coup Test* to test for cut resistance.

The new EN 388 2016 standard uses both the Coup Test and the TDM-100 Test to measure cut resistance for a more accurate score. Also included in the updated standard is a new Impact Protection test. In North America, you can find the EN 388 marking on many cut-resistant gloves. WMHS

*Coup Test: The cut protection is tested when a knife is passed over the glove material until it cuts through. Protection level is a number between 1-5, where 5 indicates the highest cut protection.

The Brutus HD is a heavy-duty impact glove with a reinforced rope line area that maximizes wear time and stays in pace with an adjustable cuff. ...
Read More →

The HMD Cut5 is manufactured from thin, cut level-5 resistant material to ensure the gloves are breathable, and protect against lacerations and abrasion. The micro-finish, Nitrile-dipped ...
Read More → 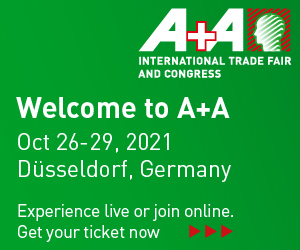 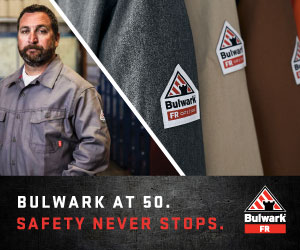