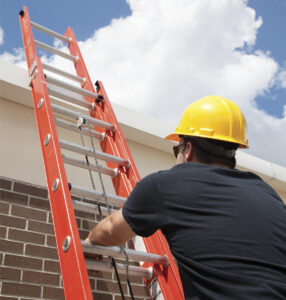 When ascending or descending a ladder, maintain three-point contact at all times.
© Lisa F. Young – stock.adobe.com

Extension ladders – also known as portable ladders –can be found in many types of worksites. They usually have two sections that operate in brackets or guides allowing for adjustable lengths. Because of the heights they can convey workers to, and the fact that they are not self-supporting, extension ladders pose special fall risks for those who use them. The following are recommendations for preventing fall injuries during extension ladder use.

Choose the right ladder and pay attention to load limits. Extension ladders are available in wood, fiberglass and aluminum. The application for which the ladder will be used should be a factor in determining which type of ladder material to choose. For example, a fiberglass ladder will be safer for electrical work than one composed of metal or wood – both of which conduct electricity. As for load limits, make sure that the tools or equipment being carried are included in calculations of how much weight a ladder can safely handle. (And of course, only one worker at a time should be allowed on a ladder.)

Do the math. Non-self-supporting ladders should extend at least 3 feet but not more than 4 feet past the edge against which they rest. They should be set at a 4:1 ratio for a proper working height/angle. According to the U.S. Office of Compliance, each section of a multi-section ladder must overlap the adjacent section by at least 3 feet for ladders up to 36 feet and 4 feet for 40 feet or longer extension ladders. For example, a 24-foot extension ladder will consist of two sections each 12 feet long, but the maximum extended length will be 21 feet, because the sections overlap by no less than 1½ feet when the ladder is at maximum extension.[1]

Inspect the ladder before use. Look for rungs that are loose, bent or have slippery substances on them; side rails that are cracked or split and loose fasteners. Rope or pulley systems must be free of fraying or rotting. Non-slip pads on the ladder’s feet must be in good condition. Clearly mark a ladder that needs repair, to prevent injuries by giving employees a heads’ up.

Site and secure the ladder properly. Make sure the ladder is on a firm, level base. Avoid having the ladder sway or walk by securing it near the top. Prevent slipping by staking or burying the ladder at its base. Be sure that all of the locks are engaged.

Use the ladder safely. Although safe ladder use would seem to be intuitive, a momentary deviation from it can have life-altering results. For instance, the need to maintain three-point contact with it at all times – with two hands and a foot or both feet and a hand – is generally well known. However, briefly losing that three-point contact while reaching for a falling object could cause the ladder user to fall and suffer serious injuries. Always face the ladder when climbing up or down it. Using a tool belt will keep hands free and enhance safety. Use an extension ladder for access, not as work platforms. It is safer to work from scaffolding, scissor lifts or boom lifts. If the ladder will be used near a door, block the door to prevent it from being opened. Keep the area around the bottom of the ladder free of equipment, materials and tools. 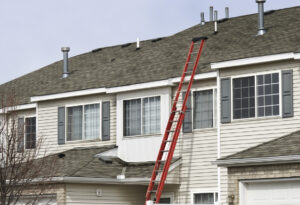 Extension ladders should extend at least 3 feet past the edge against which they rest.
© Karen Hermann – stock.adobe.com

Train and retrain the workers who’ll be using the ladders. OSHA requires employers to designate a competent person to train workers on how to recognize and minimize hazards related to ladder use. The trainees must be made aware of the nature of fall hazards in the work area; correct procedures for placement and care in handling ladders; maximum intended load-carrying capacities of ladders used; and ladder inspection points. Employees must be retrained when necessary to maintain understanding and knowledge.

The following are the OSHA standards related to ladder use that the agency cites most often:

Paul Moomjean, Contributor Each year, thousands of employees suffer the adverse effects of heat stress. Employers and employees need to know how to recognize and prevent ...
Read More →

By Nicole Moyen, Contributor Natural and external factors affecting a person’s ability to work in the heat are out of your control, but you have control ...
Read More → 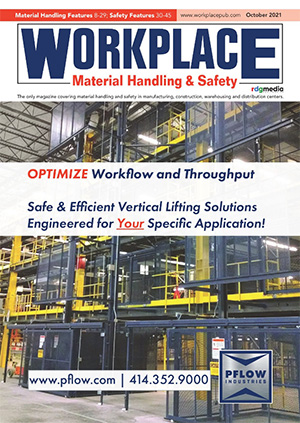 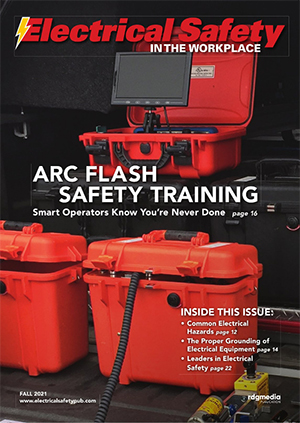